TIP …pick up a bunch of wood shavings and rub along planed surface for a silky smooth burnished surface.

Incredibly useful little things; I use mine (I have the LN set) all the time. The big danger with them is localised scraping which can, if you’re not careful, result in a ‘dip’ in the surface being attacked. I’ve tried a number of different burnishers but the best one I’ve come across is the carbide one sold by Workshop Heaven. Also dead easy to sharpen once you know how; the Veritas Jointer & Edger (603044) is great for ensuring the edge is square when it’s filed.
Also worth looking at scraper planes; the LN 112 is good but a ‘learning curve’ to set up and use. The little LN 212 is an absolute gem as is the Veritas Cabinet Scraper (474843). The difficulty there is that the blade is too small to hold effectively when sharpening so I’ve just replaced it with a larger cabinet scraper blade. Simples!

Wow all those numbers rob …I tend to be whatever I have I’ll use bloke. Stick in vice or hold in hand flatten both side and square edge with flat file then I use a worn axminster 400/1000 stone lubricate with diluted windscreen wash, spray on with wife’s ex hair spray bottle.
Lay flat on bench edge or any handy lump wood few strokes of a burnisher I found in an old tool box but could use shaft of a screwdriver then turn over four edges and with a bit of luck…bingo an amazing smoothing tool.

Makes me cringe when I see sanders…it’s all a con these days, didn’t have sanders years ago, I can get gossamer shavings.

It’s all in the quality of steel Li Nelson do do a nice range but beyond my pocket…an old saw blade will do??

I’ve used a screwdriver or the section on a half round/round file near the handle where the steel is still very hard. Saw blade steel is good, but tends to be a little bit softer than super hard scrapers as made by LN and Clifton which is where the carbide burnisher is so good.
Sandpaper did exist in the ‘good old days’, it’s just that it wasn’t very clever; Mr.C’s cabinet makers may have use an abrasive medium made from sharks skin! Also, some work is almost impossible to make without sanding, for example Hans Wegner’s ‘The Chair’… 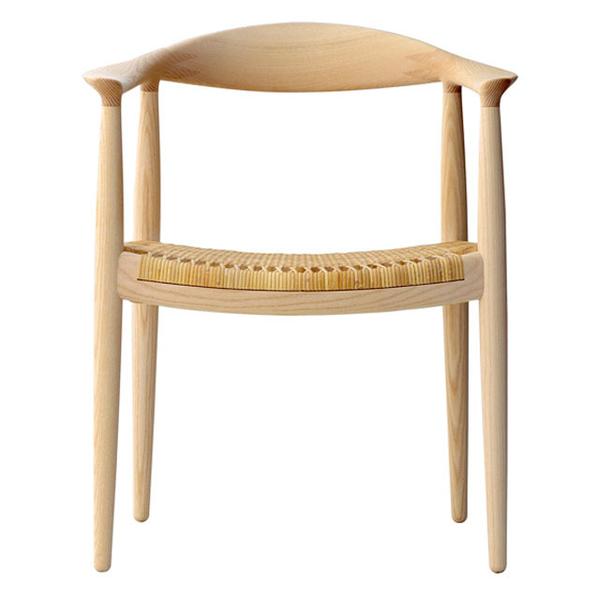 …first produced, believe it or not in 1949 (if memory serves) and still my favourite seat, especially this cane version and it’s still in production today. The smooth flowing contours would be virtually impossible to produce without recourse to sanding, so it does have it’s legitimate place in the wood-mangler’s arsenal.

Not enough interaction between other woodworkers…too much of Axminster stock talk …It’s their site so that is to be expected.

No interaction? Looking at your profile, you’ve created 2 topics with multiple replies.

Surely the way to build interaction is to post more to engage with others? If there are too many topics focussed on Axminster why not post about other stuff? I don’t see Axminster deleting topics that are not about them (correct me if wrong).

I don’t have any card scrapers…the last time I needed a wood scraper, when refurbing an old pine cottage style table, I used several stanley blades, stuck too, and over one another along a metal bar with epoxy glue…worked a treat

Card scrapers, what can I say, cheap, no batteries to run out, not a lot to go wrong with them and very little dust and easy to use.
They have my vote.