Anyone have any Project Plans?

I’ve previously tended to be inspired and best copy (imitation is flattery) designs when working in wood but I know lots of people work off pre-existing plans.

Where do you get your plans from? Know any free resources? Anyone have any plans they want to share?

Ahh, sorry, didn’t read that project plans was related to WOODWORK. However, I’ve just had my delightfully precocious grand-daughter Evie with me today (just coming 8 and going on 28). It’s SHE who has ‘plans’, though it does take a bit of time for her to decide whether it’ll be a mobile phone or a tree-house that ‘we’ are going to make in the 5 hours she’s here. Talk about the back of a fag-packet (not that I smoke) job … it’s all too often blind trial and error. Today, however, it ended up being a ‘Fidget-Spinner’ made from some circular pieces of marine ply cut outs, some mild steel sheet cut into small rectangles, smoothed and screwed onto the circle - set at 120 degrees to each other.
Then to make a ‘bearing’ on which it could spin she discovered a piece of copper tube which was cut to length and forced into the centre hole using my elderly arbor press. After which she cleaned up the bore using a chain-saw file, before finding (in my copious junk box) a long rolled-thread screw and a couple of nuts which were locked together … !
‘Hey presto’_ we have the planned fidget-spinner. Apologies that wood was barely mentioned!

A great source for inspiration is to start a Pinterest account and then create several different folders for the sort of stuff you like. As you do searches and then add the visual images into each ‘folder’ you soon build up a very comprehensive selection of pictures which can form the basis of your designs.

I too find it very hard to generate ‘new’ ideas (and stuff that’s actually ‘new’ is rarer than rocking horse teeth) but what you will be able to do is to gradually develop your own style, which will probably turn out to be an amalgam of different bits n’pieces from lots of sources.

Plenty of books in the library and magazines in the shops (but they’re not free). Join a Club and you will probably have demonstrations on which you can model a project, and also talk to like minded people who will generally be willing to share their skills and help with ideas. Go to exhibitions/shows/galleries for ideas which you can distil into your own project. Look at UTube - but be careful of possible unsafe practices. Ask the family if they want you to make them a present - then research the item and make it your own. Above all - have fun making whatever it is you put your skills towards.

I use Pinterest for ideas and quite a lot have plans

Looking for ideas on types of chess pieces, I ‘googled’ Chess Piece Images…and got about 150 images of chess pieces of all sizes and various designs… I printed off a few pages and translated this into my own design on the drawing board (a couple of hours work)… I have now set out upon creating my own chess pieces using my Jet JWL 1221VS wood lathe…purchased about 18 months ago from Axminster…but little used up until now, but as I’ve now retired I have some time to ‘make’… 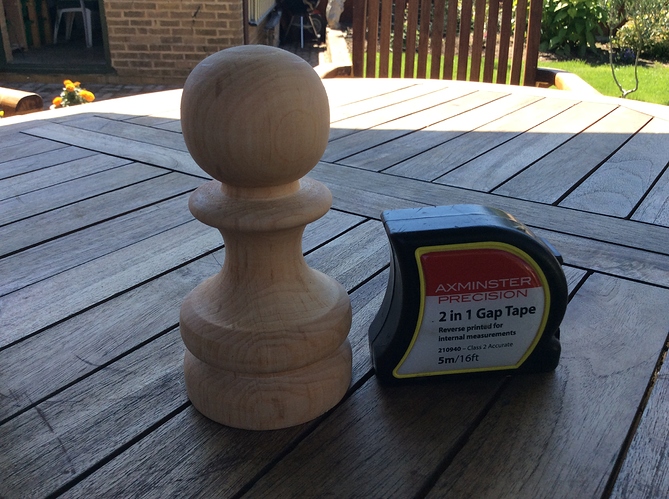 Just wanted to let you know there is where I find a bunch of free scroll saw patterns!