I am in Canada and have purchased an Axminster Eccentric Chuck. While making a desk pen set with an offset funnel mount on my lathe, I find that it is limited to a 5/8" maximum offset. Has anyone found a way to create an offset centre larger than that?

I saw a guy called Rick Dobney at my turning club and he made his own eccentric chuck that could do about a 4 inch offset on a 12 in dia lathe or bigger if you have a bigger lathe. It used 2 jaws so you can slide the piece to the edge of the jaws and tighten it.
I hope this helps.
George 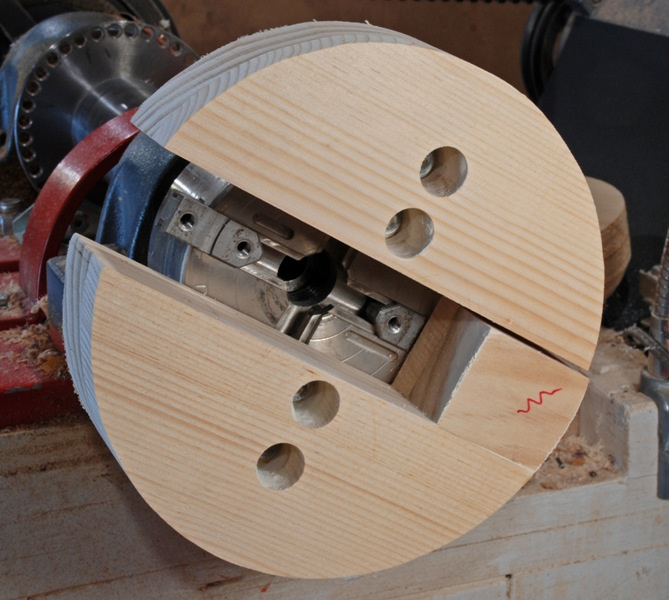 Hi George;
I’ve seen a various eccentric chucks similar to the one you show here. I have not attempted to make one myself yet. This one looks relatively easy to construct.
However, the Axminster chuck was an attempt to get one that has been engineered and manufactured by a company that makes chucks. This is only one way of doing multi-centre turning. There’s the French chuck made and sold by Jean-Francois Escoulen, etc. But, the Axminster one is less expensive. My experience with it shows that it is very limited, and I wanted to see if anyone has gone any further than a 5/8" offset.
I’ll save your information and will probably make one of Rick’s chucks.
Many thanks;
Allan