If I could only have three tools

My daughter was out the workshop with me the other day and raised a valid but troubling question, that question was “What is your favourite tool, one you couldn’t live without” Well I narrowed it down to three tools and they are as follows.

What would be your three choices be?

Agree BR about the ‘V’ point marking tool; great bit of kit. You’d also need something to use with it so I’d go for a Starrett 150mm square (why don’t Ax do more Starrett stuff?) and THE most essential plane in my 'shop, a LN 51.

In my case the Square is using the Marking tool

I have really been fancying this Bridge City TS-1v2 Square 125mm I know its a tad expensive but it looks and feels well made. As for planes because I mostly build model ships these days I need smaller hand tools so hopefully the wife has seen the post it hints I have left on my monitor for these two little beauties : Veritas Miniature Spokeshave & Veritas Miniature Block Plane I have been a good boy this year so there should be no excuse why Santa doesnt bring them.

Also a huge thank you for taking time to post, Its interesting to see what other craftsmen/women choose as their goto weapon of choice in the workshop.

No problem about posting stuff BR, it’s good to natter if only ‘on-line’. I only wish more folk would take the time to create a bit more input; plenty of people frequent the forum but only a few currently seem to post anything. I did a few ships in bottles some years ago but they were very tough on the eyesight!

I agree about the eyesight, that’s why I invested in this : 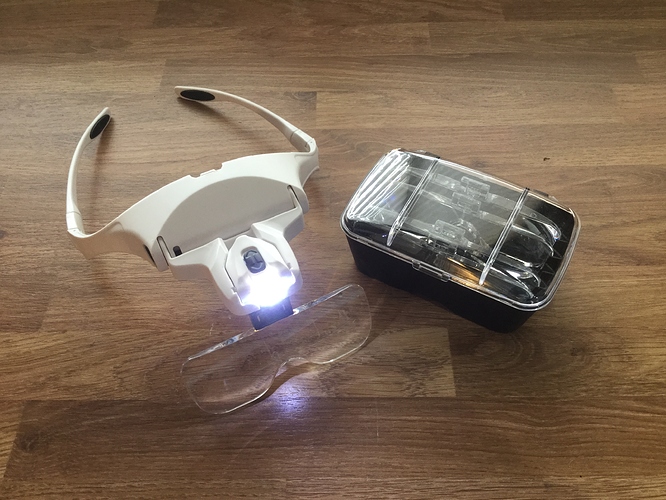 I know Axminster just had an advert for them, I think they were around £16 but they are well made and perfect for my ship building needs.

This is one I did about twenty years ago; a three masted barque sailing past a rocky headland with a tin mine perched on the end. I even managed to sort out a ‘Turks Head’ on the bottle neck and the end of the cork is finished with some traditional red sealing wax. I never realised that a sailing ‘ship’ is designated by being square rigged on all masts and the only ‘rope’ is the one attached to the ship’s bell! 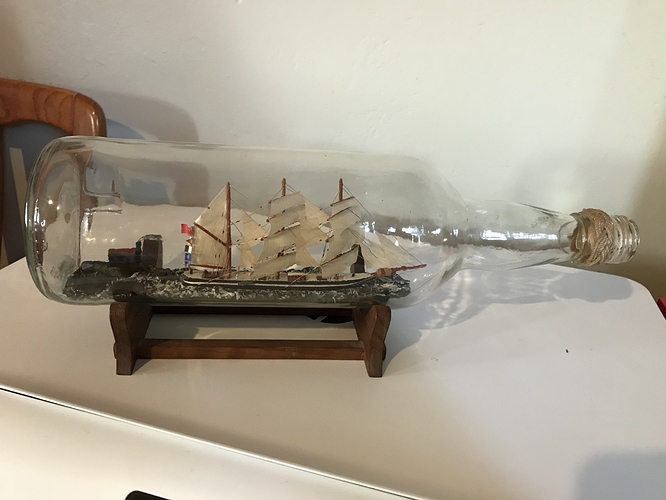 That’s a cracking looking SIAB. Blackbeard would be proud to have that in his collection. Rigging does look complex and complicated but as long as you break it down into sub sections like Standing rigging where all masts are more or less tied to each other for support and running rigging is sails and spars where you need to treat each spar and sail separately. The good thing about modeling in miniature is you don’t need to know knot types and lashing forms. the only other thing you need to learn is how to order things on line and hide them from the wife 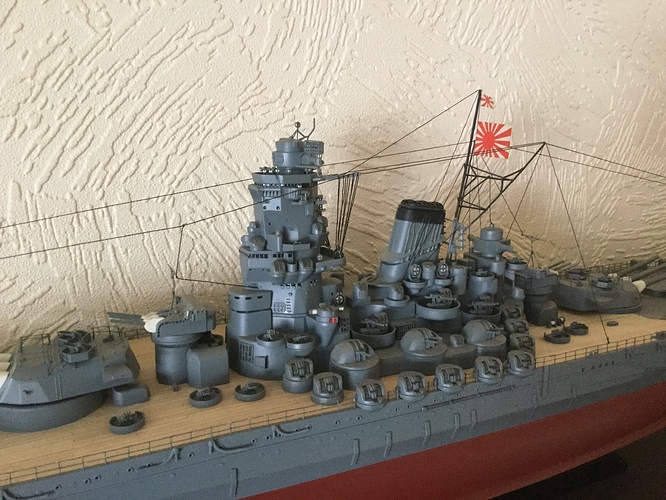 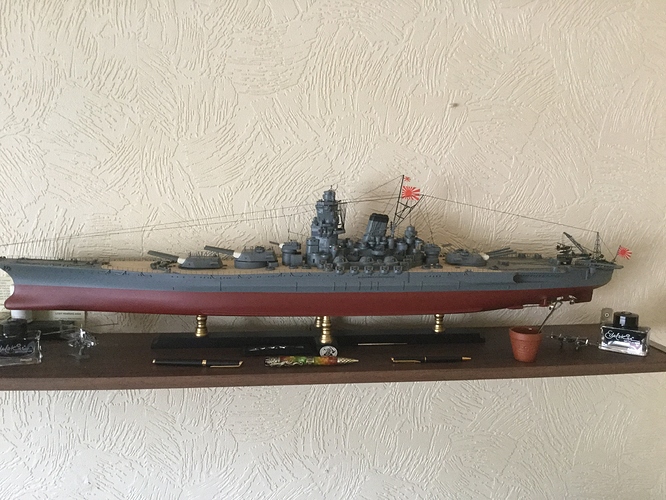 Yamato or Musashi? At Kure in Hiroshima Prefectrure there’s a Yamato Museum with a vast scale model of the battleship. Last year we had a month in that part of Japan (as well as Kyushu Prefecture) and will be going back again for our third visit next year. 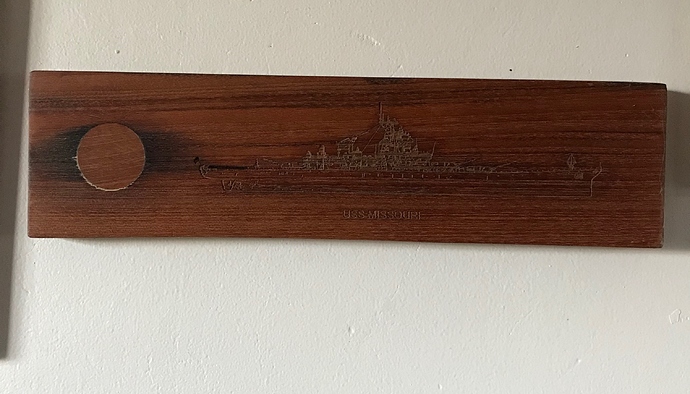 It’s the Yamato. I also have the Akashi to build along with the Titanic for the wife.
Your a very luck man my friend, I have seen pictures of the museum and that ship looks absolutely amazing but a bit big for the shelf

I would love to go and visit USS Missouri but not being able to fly kind of puts the whole idea out of bounds, but you never know.
Thanks for sharing the pic with us.

The truly ironic thing (and probably no accident) is that WW2 ‘officially’ started for the Americans with the events of Pearl Harbor in Dec '41 and is epitomised by the sinking of the ‘Arizona’ on Battleship Row. Fast forward to the 21st century and the USS Missouri, (where WW2 came to a close with the Japanese surrender on her deck, of which I have a bit) is parked no more than a quarter of a mile from the Arizona.

Legend also has it that when the Japanese delegation arrived on deck, there was nowhere for them to sit to sign the document, so a cheap aluminium table was very hastily scrounged from a mess deck. After the ceremony, it was replaced in the mess and was then lost forever as nobody could say exactly which table was used!

Yep…I got one too…and very well made they are…

My choice of three tools would be: