Like many others I’ve invested in the rather excellent NVD750 (702412) which I’ve hooked up to a small cyclone where the workshop debris is collected in an air tight (and it must be air tight) sealed container. 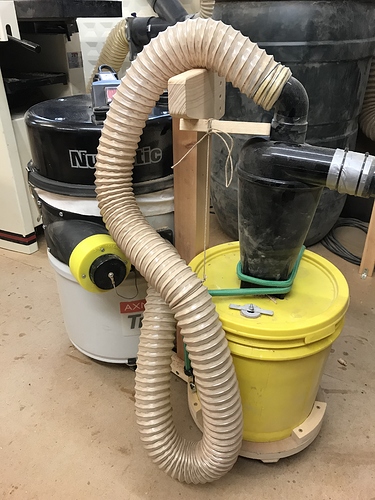 I’ve noticed of late that the once super suckage hasn’t been quite so impressive as it was a few months ago and little investigation soon revealed the answer. When the contents of the bin reaches a certain level, the detritus is swept into the extractor rather than being deposited in the bucket. 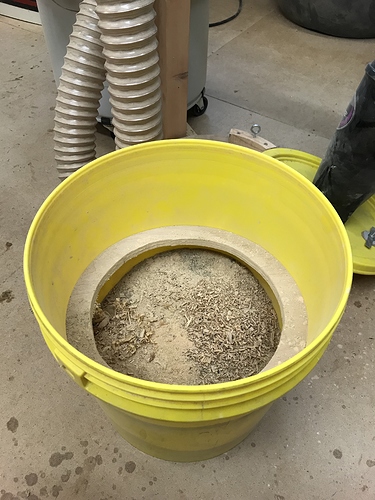 You can see that I’ve reinforced the interior with a 12mm plywood ring as the vacuum generated was starting to collapse the bucket. Once the debris reaches the plywood (around half full) I reckon it’s time to empty the bin…wearing of course, the mandatory P2 dust mask. Any more dust than this and it’s liable to find it’s way into the extractor.

On taking the NVD750 apart and peering into the hole, I could see that the interior of the white bag was choked with dust and being a parsimonious soul I decided to clean it out rather than replace it.

So I cut the bottom off! 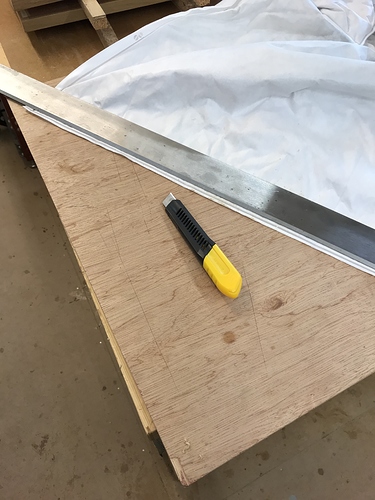 …to reveal the inside. Not good. 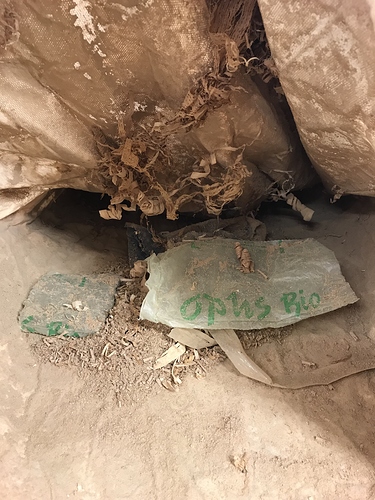 Once the bag had been turned inside out, five minutes outside in the garden giving it a vigorous shake, rattle n’roll dispersed virtually all the dust and debris… 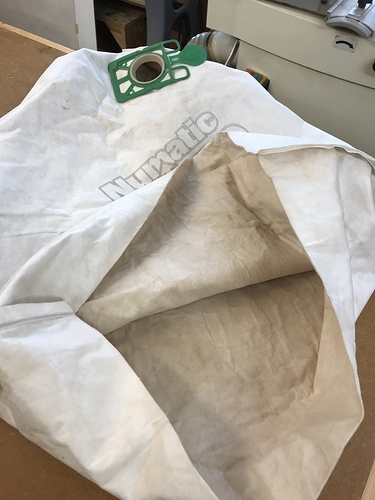 The last thing to do was to find a way of sealing up the cut end again…easy though with a double pleat across the bottom and a fistfull of small bulldog clips. 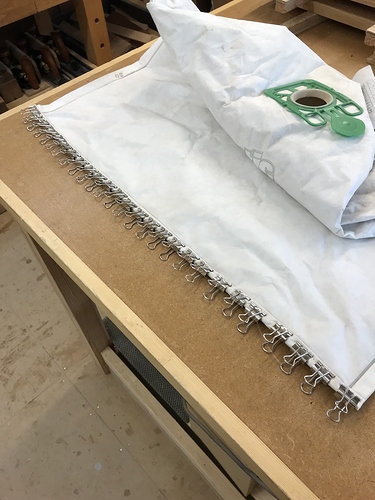 So powerful is the suckage that if the nozzle comes anywhere near your face, you may find that your wisdom teeth have suddenly gone missing…

I would suggest using a larger ‘bucket’ with your cyclone…as you’ve already noticed it only holds a small amount before ceasing to operate as well as it did, and the reason your ‘H’ type dust filtration bag in your Numatic is getting so dirty is likely due to the small bin on the cyclone…

I’ve seen numerous videos where using a larger bin with the cylone means almost no dust gets into ‘suction’ side of the assembly… I have just aquired two new(ish) 40gallon drums to use - one will be for exactly this purpose once I get it and the new cyclone set up…currently I am looking for a less expensive ‘sucker’ or may have a go at making a centrifugal fan ‘extractor’ myself when I have the time to do so.

Noted and agreed, but the yellow bucket is now emptied every Sunday morning, so it never gets completely full and is only used for power tool extraction and general bench/machine cleaning. A larger container would also make the vac/cyclone combo too cumbersome to move around the 'shop.